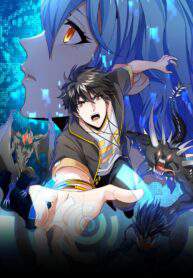 As a reincarnate of this planet, Lin Huang was born with non-attribute, and only had 3 months left to live. He is willing to die, but his sister is his biggest concern, since he hasn’t activated his cheat yet. Coincidentally that night, the phagophagous species invaded his house and threatened to kill his sister. In order to protect her sister, he was finally able to activate his cheat! His battle attracted the attention of the Silver Medal Hunter Li Lang.