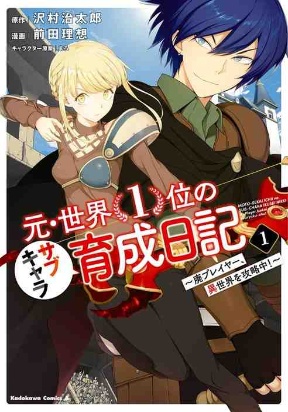 The protagonist who was rarely ever at school during his middle school and high school days, is unemployed even as an adult. From morning till night, it was video games. For him who was ranked first worldwide, it was his life.
One day, his character is suddenly hacked. The data was unrecoverable and there was nothing that could be done. Feeling great despair at having lost his rank that he had bet everything to achieve in a world that controlled his life, the protagonist attempts suicide.
When he awakens, he finds himself inside the video game, no, it was a real world that resembled it. There, he notices that he has reincarnated into the the body of a sub character that he had created and bought premium benefits for long ago but had left neglected. (MU)