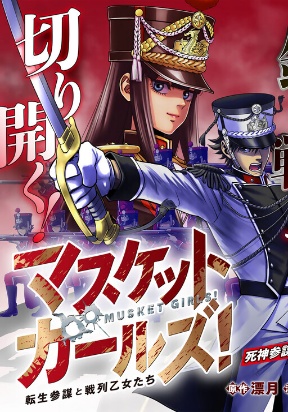 Musket Girls! Reincarnated Staff Officer and Line Formation Maidens is a Manga/Manhwa/Manhua in (English/Raw) language, REINCARNATION series, english chapters have been translated and you can read them here. You are reading chapters on ManhwaZ fastest updating comic site. The Summary is

After my previous life was cut short, I was reincarnated in a world of early modern-style warfare where line infantry exchanges gunfire. Being a commoner second lieutenant, I was shunned as "Krombertz the Grim Reaper" because of the many deaths of my men in battle. With that, I was assigned to the 6th Special Tasks Brigade, an all-female unit, as a staff officer. The brigade commander, who is up to something, and the carefree non-commissioned officers are all women, while the foot soldiers are just girls who are practically amateurs. In this world, if you don't fight, you will be killed. In which case, I have to do something about this... but how?!