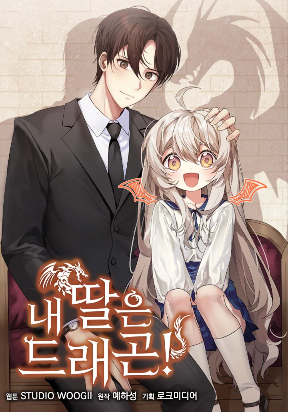 Worthless Regression Average 3 / 5 out of 58

My Daughter is a Dragon! is a Manga/Manhwa/Manhua in (English/Raw) language, Action series, english chapters have been translated and you can read them here. You are reading chapters on ManhwaZ fastest updating comic site. The Summary is

Jihoon was leading a draining life due to his demanding professor, when one day, his daughter fell out of thin air! Thanks to Chaerin, who was as smart and pretty as an elf, things started to look up for him. His skin started to get better, his eyesight and intelligence improved, and he even got taller and more handsome. This was all according to his daughter Chaerin’s plans! Jihoon, who used to be an ordinary science and engineering university student, became a researcher leading the Fourth Industrial Revolution, AI!