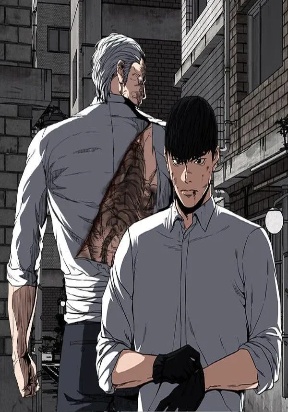 One By One is a Manga/Manhwa/Manhua in (English/Raw) language, Action series, english chapters have been translated and you can read them here. You are reading One By One chapters on viptoon.net, fastest updating comic site. The Summary is

During the Japanese occupation period, Kang Deokbae was born without knowing who his parents were. Having built up his strength to protect himself and formed a group under the name of his family, he becomes the Korea’s top organization, the”Taesung Group”. On his 50th birthday, Kang Deokbae closes his eyes after getting stabbed by a hostile organization while he gathering with his family. 30 years after his dead, he come back to life in a someone body at his 20s. And what caught his eyes before he even figured out about the situation was the rotten of “Taesung Group”. Then, he tried to correct his wrong past himself. “This wasn’t the family and organization that I wanted. I’ll get rid of this wrong organization myself” Sorry, I can’t summarize this because it looks like simple enough as a sinopsis 30 years after his dead, he come back to life in someone body at his 20s. ^there’s typo here, I wanna type “in a body” but I think “in someone body” would be better