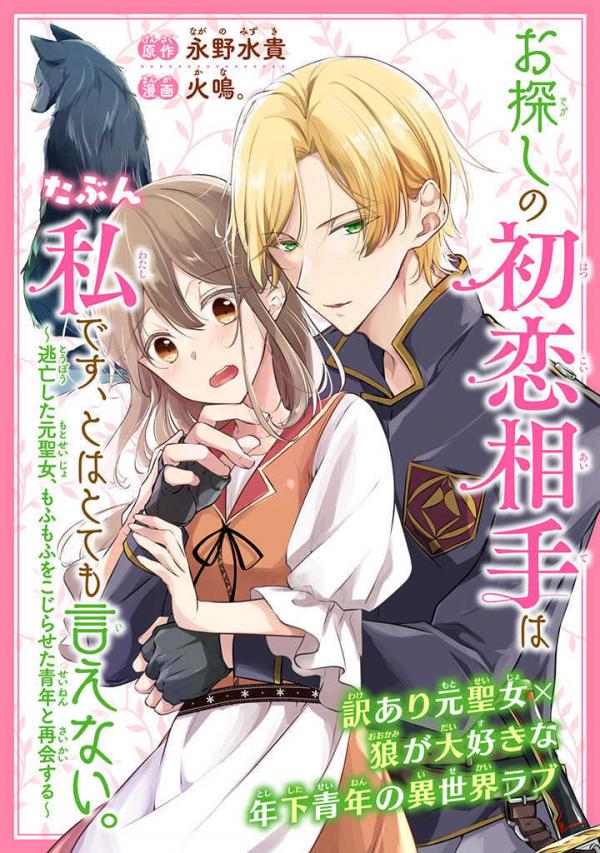 Medi is a runaway former saint who can turn into a wolf and she now lives inside a forest. One day, she took care of a cute young boy who got lost in the woods and helped return him home once the boy started feeling better. 10 years later, a beautiful young man visited her home saying, "I'm looking for the wolf that had helped me here in the past". His name is Claude and it seems that he's the boy she had helped before! She can't admit to him that she is the wolf and in her attempt to cover it up, she somehow ended up volunteering to help him look for the wolf instead!? (from Manga Updates)

Heaven-sent Apocalypsis and the Saintess of the Labyrinth