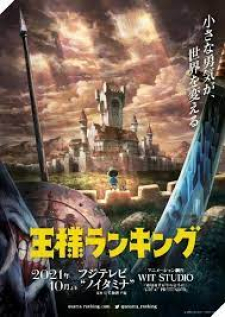 The web manga centers around Bojji, a deaf, powerless prince who cannot even wield a children's sword. As the firstborn son, he strives hard and dreams of becoming the world's greatest king. However, people mutter about him behind his back as "a good-for-nothing prince" and "no way he can be king."

Bojji is able to make his first ever friend, "Kage" — a literal shadow on the ground who somehow understands Bojji well. The story follows Bojji's coming-of-age as he meets various people in his life, starting with his fateful encounter with Kage.