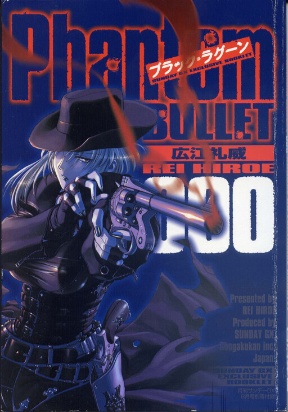 Phantom Bullet is a Manga/Manhwa/Manhua in (English/Raw) language, GORE series, english chapters have been translated and you can read them here. You are reading Phantom Bullet chapters on ManhwaZ, fastest updating comic site. The Summary is

A gunslinger kills a man and states "Whenever humans try to attain more power using this book, a gunslinger will appear for them."

Fifteen years later, in a village in Poland, a young girl sees her mother killed just in front of her by Nazi solders. The girl then decides to use the book to take revenge on her mother's killers despite the threat of the legendary gunslinger who kills all those who misuse the book.