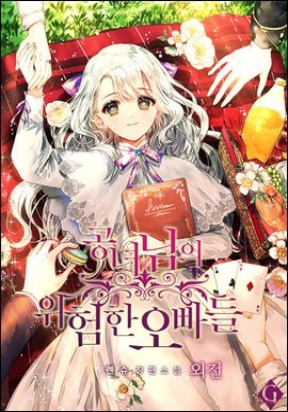 Lestia, who grew up in the slums with her drunken uncle and managed to make ends meet by selling flowers. One night when her uncle, who was threatened by the thugs because of his debt, tried to sell her off. “Hey, get your hands off her.” A group of beautiful boys appeared out of nowhere. They defeat the thugs at once and say incredible things to Lestia. “It’s nice to finally meet you, my sister.” Surprisingly, she was the daughter of the Duke of Verchester, a family that has produced wizards for generations. But it’s hard to believe those words without any proof. “Come on, Lestia. Let’s go home.” But did she want to hold on to any hope? She grabbed the boys’ hands, a little impulsively.