&quot;I… Don&#x27;t Want to Work Anymore&quot; I Quit Being an Adventurer. Even if You Treat Me Better Now, I Won&#x27;t Do It. I Will NEVER Work Again 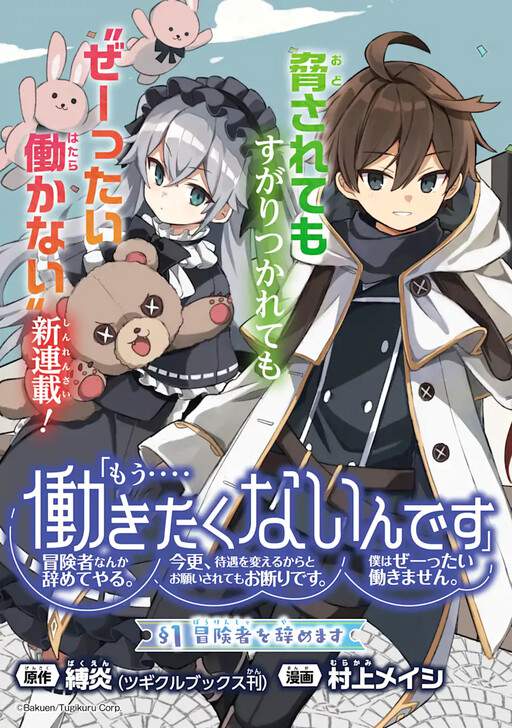 Aix is a 19-year-old E-Rank adventurer. He is a “prodigy” mage that solely specializes in ‘Effect Duration Extension’. He has spent the last five years working like a slave around the clock throughout the week. When he finally collapses from exhaustion and wakes up on his doorstep, he finally comes to terms with himself. "I'm going to quit this job!" After quitting his job as an adventurer, Aix announced that he would no longer work. The people who had been enjoying the benefits of the unusually long duration novice magic cause of Aiz, panicked when they realized that there was no one to replace him, but it was too late. He smiled and refused all the threats and attempts to coerce him. "I will NEVER work again!" The new life of a novice mage who has been told she won't work begins now!