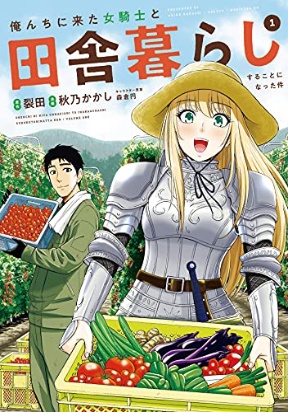 Saeki Kanji, 32 years old and still single, is living in the Japanese countryside, which is in decline. After graduating from university with a degree in economics he took a job as a salaryman in a leading company in Tokyo, but retired when he inherited the family farm in Miyama village when his parents passed on. He soon took to the life of a simple farmer. One day a beautiful woman wearing full body armor came to his door begging to stay the night. She claimed to be royalty from another world and is unable to return there. She ends up living with Kanji and helping out the local agriculture situation.