Return Of The Broken Constellation 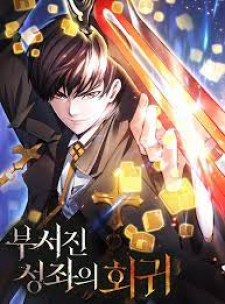 A lowly human who ascended to the position of a god, ‘Twilight of the Gods'.
After becoming infamous as an Unpleasant God, he lost his Constellation, Belief, Divine Authority—everything. His holiness was cut off, and his holy power disappeared.

That's when the master of the Nether World, Thanatos, offered his hand…
After grabbing Thanatos's hand, ‘Twilight of the Gods' decided to live again as the player ‘Lee Changseon' to get back at the gods that threw him down to hell!

‘So I've really come back.'