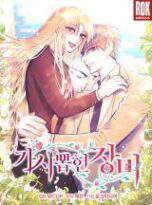 It was not easy to be the son and successor of a major hotel company. After spending his life for 16 years abroad, Yoo Seungha came back to Korea to succeed as an executive of his family’s hotel business. Seungha was a workaholic who was ignorant of love life, until he met Han Seyeon. Turns out, she is the concierge manager in the hotel owned by his family. The misunderstanding on their first meeting leads them to understanding each other. However, they live with a very different family background, which eventually became the wall they have to overcome to make their relationship works. Can they overcome it?