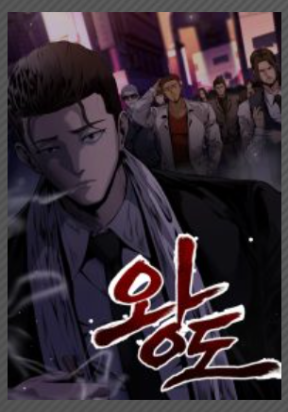 Royal Path is a Manga/Manhwa/Manhua in (English/Raw) language, Action series, english chapters have been translated and you can read them here. You are reading Royal Path chapters on ManhwaZ, fastest updating comic site. The Summary is

When Oh Jae-Yeol, the president of Hwarang, a criminal organization in Korea’s nationwide district, died in a mysterious accident, internal divisions began as a result of a struggle for succession. The black society, who did not miss the gap, came in to take the place of the Hwarang, causing great chaos. The executives of each region of the Hwarang begin to seize power by developing their own ambitions as they begin to deal with the black society. As a result of the black society, civilian victims begin to appear, but the police and politicians who have already been taken over by the black society and divisions turn away from the victims. Meanwhile, when the mother of Baek-Han Yu, a former special forces unit, tries to drive her black society out of her neighborhood, she is murdered by the black society. Hearing the news, he can’t contain his anger and begins to take revenge against them.