She's the Older Sister of the Obsessive Male Lead 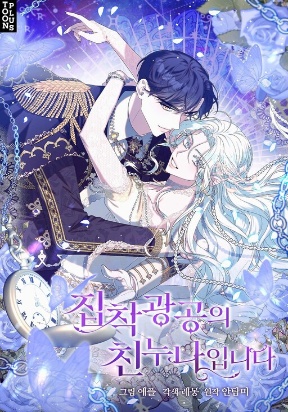 In this life, I was born with a gold spoon in my mouth. I thought my future would be bright but I didn't realize that the place I reincarnated into was a discontinued R-19 tragic BL novel that my friend wrote. And of all things, I became the older twin sister of Lisandro, the crazy obsessive yandere male lead who horribly, brutally murdered the sickly prisoner Frey at the end of the novel. Had I not remembered this, I would have just skipped into the sunset, blissfully unaware… "Noona!" With a suitcase in one hand, I flinched and looked behind me. The mysteriously beautiful Frey came towards me with a bright smile on his lips. In no time, he towered over me with his tall, lean body. "Where are you going?" "Um." "Where?" Don't ask. I wanted to say that firmly, but I just wore a smile instead. Frey, who kept staring me, tried to grab my suitcase. Taken aback, I held onto it tightly. In return, I heard a refreshing, clear laugh. "Let me hold it for you." "No, I"m fine." "Why? Oh, I get it. You're trying to escape. Am I getting in your way?" The hand holding the suitcase flinched. As he looked at me with an eerie smile, he looked exceedingly dangerous the more he stared. There was ice glistening behind his golden irises. "You thought I wouldn't know," his large hand wrapped around mine and held the suitcase handle tightly, "Just to avoid me and that bastard, you're trying to run away." His harsh words didn’t match his aloof expression. "It'll spell trouble, Yuni. If you disappear from my sight." The gentle and feeble, sickly prisoner suddenly had became an obsessive yandere himself.