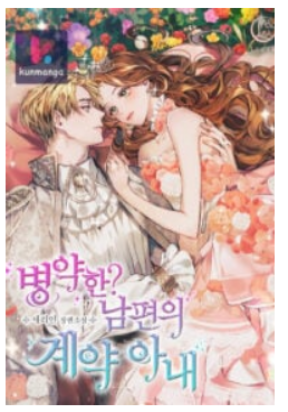 I’m Selena, a daughter born to a family well-known for their fertile women. I was sold off in a marriage to a sickly duke whose life hung in the balance, for the sake of producing an heir of his family. They provided me a medicine purported to aid in pregnancy, and the astrologist even advised me about good days to sleep together, but…there was no child. “So, are there any signs of pregnancy?” “Ah, I-I’m sorry.” “You’re useless. What luck do you think won you the position of the duke’s wife?” I couldn’t say a word. ‘No, excuse me. I only have to look at the sky to pluck a star. That’s how I attained this position.’ *** A husband who doesn’t like touching me in the least. But he’s still pitiful so let’s at least make him healthy by feeding him nutritious food, getting him to exercise, and I’ll personally test any doubtful food first. Once he recovers from my extensive efforts, I’ll sign an annulment paper and flee, but… “You agreed to a contract to bear me an heir. But to think you would go back on your words…” Although he’s in good health now, my “former” husband has become a bit too healthy. “You’re healthy now!” “The duties of marriage are sacred. I will collect my dues.” “Wait. Wait! But we’re divorced? We’re no longer husband and wife…” He smirked then took a piece of paper from his breast pocket and tossed it to me. “We aren’t divorced yet.”