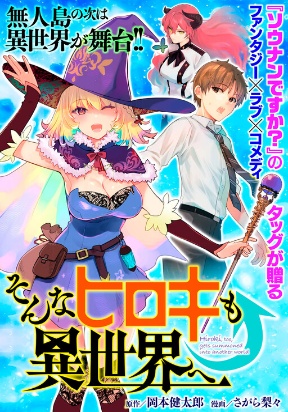 Hiroki, too, gets summoned into another world

Sonna Hiroki Mo Isekai is a Manga/Manhwa/Manhua in (English/Raw) language, REINCARNATION series, english chapters have been translated and you can read them here. You are reading chapters on ManhwaZ fastest updating comic site. The Summary is

Hiroki, an office worker who works for a black company, likes anime and manga about being reincarnated into another world. One night, he hated his job so much that he said, "If there is a different world, I want to go there...!". To be summoned as a mage...! The days with the elf Millia, who is the owner of the heavenly voice, and the dragon Sophie, are completely different from what he imagined them to be. A different world comedy starts now!