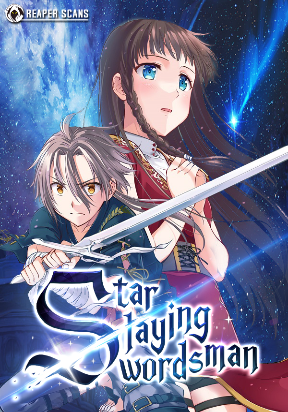 On his eighth birthday, Julius, an ordinary villager, dreamt of the life of a certain swordsman. The swordsman had an absurd dream of “slaying the stars” to prove the strength of his sword, but he was unable to fulfill his dream of becoming a “Star Slayer.” Admiring the dream of the swordsman, Julius then decided to throw himself into battle… into becoming a “Star-Slaying Swordsman” himself.