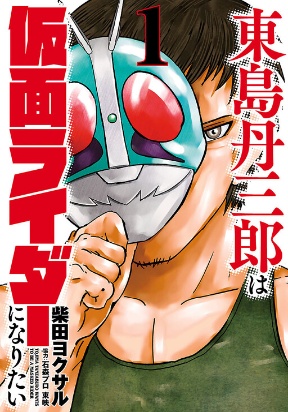 Ever since he was born, Tanzaburo dreamed of becoming a Kamen Rider. Even as a 40 year old adult, he continued to dream about becoming one and he would train and exercise regularly. One day, "Shocker" appeared and attacked a convenience store to rob them. Springing to action, Tanzaburo put on a plastic Kamen Rider mask and faced the criminals. Instead of being seen as a hero, he was made into an internet laughing stock! Determined to end the fake Shocker's schemes by investigating, Tanzaburo takes to the streets as Kamen Rider!