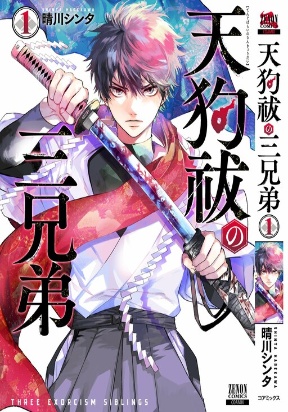 "I'll become the strongest sacrifice!" Mamoru Yamaemori, a priest detested by the people who consider him to be "cursed". However there is another side to him: he exorcises "Tengu", monsters that enter into mountains and eat people. He is not rewarded, as he is instead burdened with the fate of an untimely death. The only people he could count on for support were his younger brothers... This is a mysterious tale about hunting for "life" using "life" as bait, for the sake of subduing monstrosities.