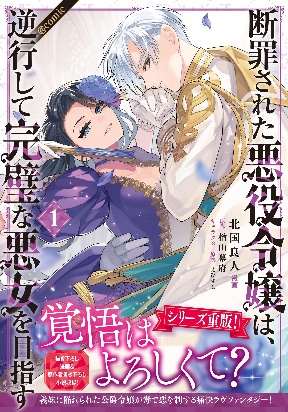 The Condemned Villainess Goes Back in Time and Aims to Become the Ultimate Villain is a Manga/Manhwa/Manhua in (English/Raw) language, Fantasy series, english chapters have been translated and you can read them here. You are reading chapters on ManhwaZ fastest updating comic site. The Summary is

An exhilarating romantic fantasy about a duke’s daughter, a former prostitute, controlling the poison within evil! The duke’s daughter, Claudia, was supposed to be the fiancée of the crown prince, however her half-sister, Fermina’s, schemes had her sold off to a brothel. She didn’t want to end it like this, so she climbed to the top at the brothel, but ended up dying from an illness. Except, when she opened her eyes, the face of when she was a child looked back at her. Realizing she had gone back in time, Claudia wins over more and more supporters using the tactics she learnt during her days as a prostitute to prepare for her nearing conflict with Fermina. “If Fermina is considered a villainess, I shall aim to become the ultimate villain!”