The death game is all that Saotome-san has left 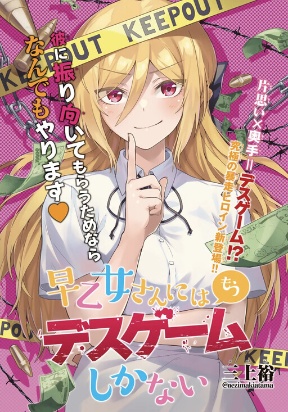 During a summer vacation with class 2-A, Makoto and his fellow classmates find themselves waking up in an unknown abandoned school building out in the woods. It turns out they’ve been captured and taken hostage by unknown people who have the intention of making two of the students participate in a “death game” where Makoto gets picked along with his classmate, Saotome. Follow along Makoto and Saotome unraveling the truth behind the “death game”!