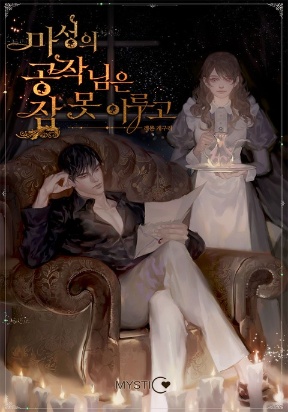 Duke Kahel Luave, the unlucky duke, who cannot keep one servant by his side because of the devilish nature that charms men and women of all ages. Meet Lena, a maid with a rare constitution where devilish charms don’t work. *** If the devilish energy emanating from him was a scent, now this room would be filled with a dizzyingly strong scent. However, there were no other positive emotions in Lena’s eyes except worry and fear. Kahel decided to take another approach. His appearance was also so seductive that it was rumored to be the best in the kingdom, so no matter how much he suppressed his devilish nature, he could not stop people from falling for him. Recalling that troublesome past, Kahel gave Lena a strange smile. This kind of service was not given to anyone. But……. “Sa, save me, please… … .” Lena, who was barely holding back her tears, began to cry and beg for her life. It was the moment when the law of ‘even the gods will fall in love’ on his smile faded away. ‘It’s not normal. As expected, it’s suspicious.’