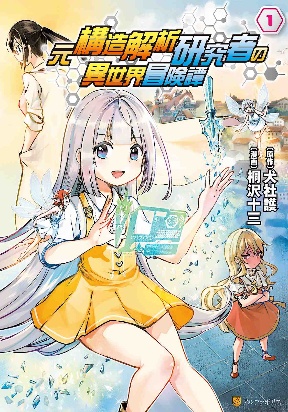 Kaoru Mochimizu, a 30-year-old female research scientist who studied the three-dimensional structure of everything. However, one day, she died in an earthquake and met a goddess. Having covered for her kouhai during the earthquake, she was allowed to reincarnate in another world with two skils. Kaoru Mochimizu is now Charlotte Elbaran, the eldest daughter of a duke in the Kingdom of Elida, on Planet Garland. With memories of her past life, and taking advantage of the skills "Structural Analysis" and "Structural Editing," she will live a good life.