The Gangster Baby of the Duke’s Family 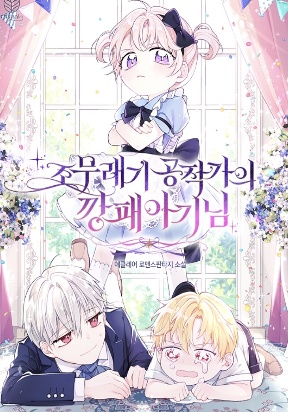 My name is Leonora Hachania. I’m the daughter of a minor extra villain, but I have a great desire for power. I can’t leave the Hachanias as insignificant as the original! “Cloudy to the left!” “Do it!” “Cloudy to the right!” “Just Do it!” Showing off my sunglasses made with ink, I raised my voice. “Enoch, don’t cry!” The third child, who made weak eye contact with me, was surprised and sniffed his runny nose. “Wahh, I won’t cry!” I succeeded. “Was it supposed to be this week? It’s like tr*sh.” “Gasp! Save-save me!” “Brother, why don’t you kill him quickly because it looks like it would be a better thing for him.” My older brothers who used to be extras became the world’s greatest villains who can even blow the male lead away! The clumsy villain dad was a challenge though. “Lini, what else are you planning to do…” “Hoho, never mind. You’re planning something mean like my daughter. That’s good.” He was converted to a duel personality villain. Haha! Good. I must use the original information to make my family significant and raise my wealth! I tried to escape the time-limit body by enjoying the life of a real villain. “I know the princess is a kind person, so wishing only for you to be kind to me would be greedy.” I think the human weapon that was revived for the family is a little broken. “But if there’s no subject to be kind to…” The bright red flame from his hand burned the world map. “Shouldn’t you be kind to yourself?”