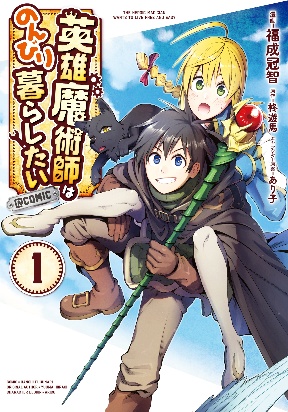 Jin, the hero magician who saved the world in a different world summoned. “I’m sick of fighting!” He set out dreaming of a slow life with his buddy, the black cat Bell. However, along the way ── escorting the princess, Exploring the dungeon at the request of the receptionist of the guild, all the troubles that are not busy? In addition, shoes that run in the sky, pocket transfer devices, cars that move with magic stones, etc. Jin makes use of Japanese knowledge to create useful magic tools, so it’s even more noticeable. One day, a request to exterminate a dragon came in from a beautiful elf who heard a rumor … “Jin, you’re still the one who can’t take it easy.” “Mr. Bell, I’m a principle that doesn’t refuse women’s requests.” Color-blurred genius magician’s manufacturing and fantasy opening!