The Hyena Has Seven Lives 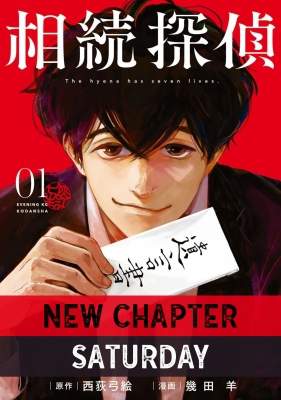 The more heirs are, the more cases of inheritance are. And so is today! A fierce "clan war" revolving around inheritance money occurred at the funeral of a mysterious writer Daigosho. The videotape of the inheritance was presented at the funeral set off alarm bells about fight without honor between the writer's three daughters and the secretary. A detective sniffed it and went to the funeral. His name is Nanao Ashie (Haie Nao). Ashie is a detective who specializes in solving inheritance problems. With his sense of smell like a hyena, he has revealed the secret of the " inheritance " left by the writer. From now, an unprecedented inheritance mystery will emerge!