The Ideal Saint? Too Bad, Here's the Fake Saint! ~Reincarnated as a Villain Derided as the Shitshow of the Year~ 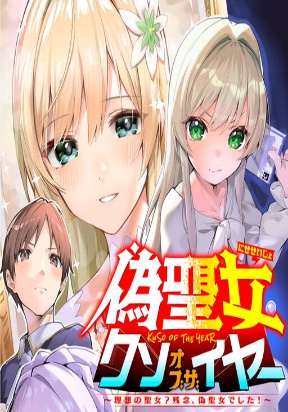 Fake Saint Of The Year

[The Eternal Scattering Flowers: Fiore Caduto Eterna] is a game ill-suited of being known as a galge, as the main heroine would – regardless of the chosen route – meet her demise. Fudou Niito, a resident of Japan, went to bed dissatisfied with the ending of the game. When he next awoke, he found himself in the body of the game’s hated fake saint, Elrise. Confused, but with an understanding that Elrise’s actions would spell disaster for many lives in the future, he took advantage of the situation and acted to change the course of history. As a result, despite her rotten personality, Elrise was adored by those around her as a perfect saint. Furthermore, the game itself was intrinsically linked to his original world and changed accordingly to suit Elrise’s actions. Without any knowledge of what the hell was going on, the fake saint Elrise continued to alter her fate. A saint on the outside, but a man on the inside. The transmigrator was a piece of shit and the person he transmigrated into was also a piece of shit. A combination of shit and shit would cause an accident – to create the greatest fake saint shitshow of the year!