The Nameless Monster-The Spider, the Girl, and the Grotesque Murders 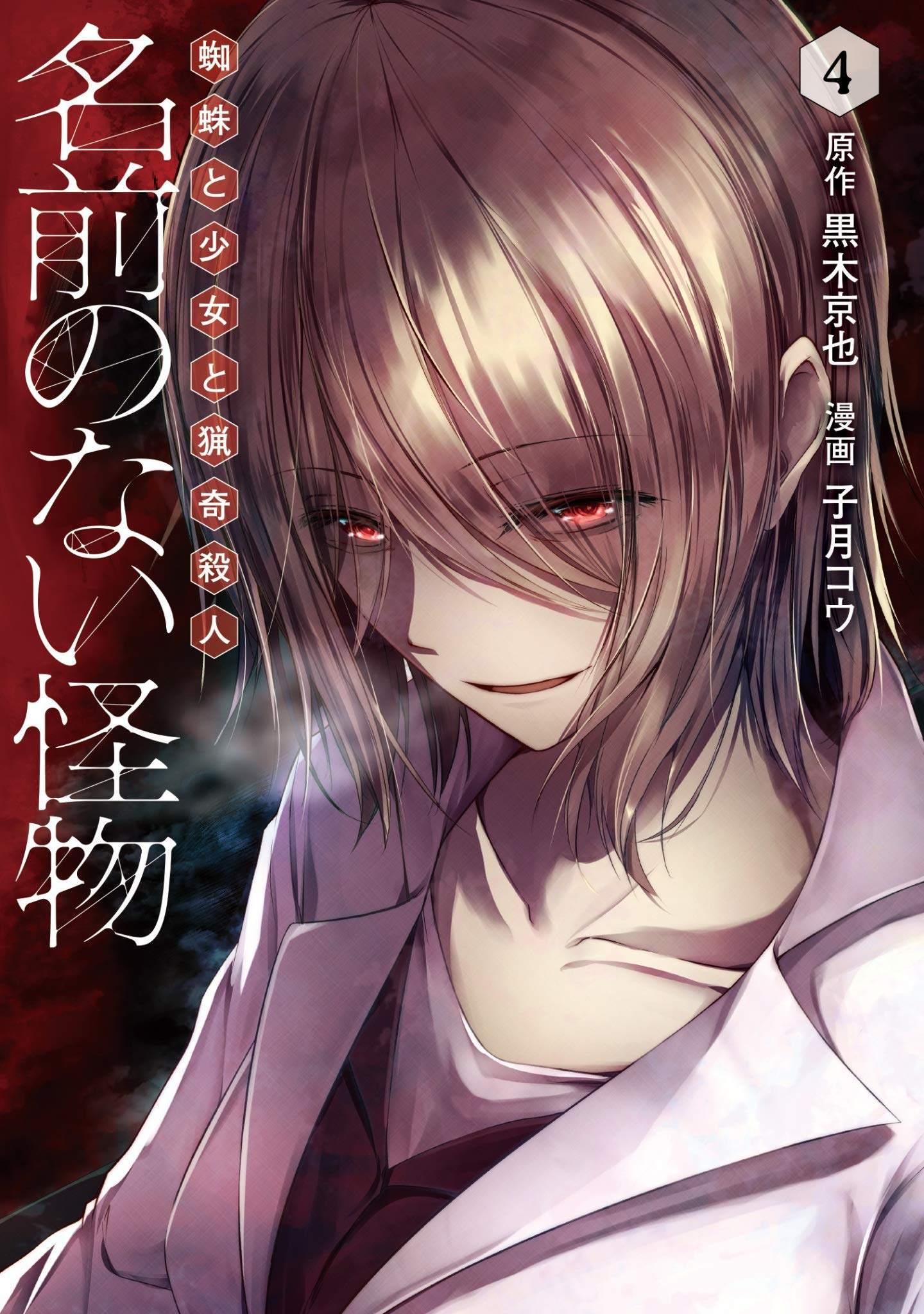 Midnight. Awakened by the echoing sound in my room, I was met with a frightening pair of “legs.” Since then, as if wishing to merely make its presence known, it remained in my room without letting itself be seen. In the same way it was spreading its encircling net, little by little it encroached on my life until at last it appeared before me. Its true form was that of an exceedingly beautiful “nameless monster.” Desperate resistance was futile as the monster dropped its hand towards me. I could not escape or resist. Hiding it from my skeptical lover and friends, thus opened the curtain to our strange life together. Quietly, the senses I had as a human were dying as my normal life continued to collapse. The moment I knew what was awaiting me, I was presented with an important decision. At the same time the monster first appeared before me, the public was disturbed by a string of bizarre murders. It was then that I began to wonder whether they and my beautiful yet eerie roommate were connected.