The Pompous Celebrity and His Exclusive High School Girl 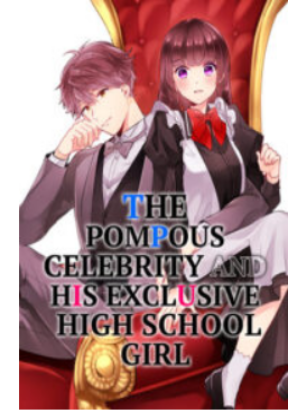 At the age of 16, a girl learns about love and becomes a "grown-up”. She’s a high school girl who works as a live-in maid in a mansion due to her family's circumstances. Her name is Mio Yashiro. She spends her days being pestered by Kaname Natori, a model, fashion designer, and very famous celebrity who lives in the mansion. One day, Mio is summoned to the workplace of a fashion magazine that Kaname supervises. In a magazine project, she was forced to wear clothes made by Kaname and had to pretend to be a couple with him...! Mio's heart kept racing as she innocently brushed against him, got told things