The Star of a Supreme Ruler 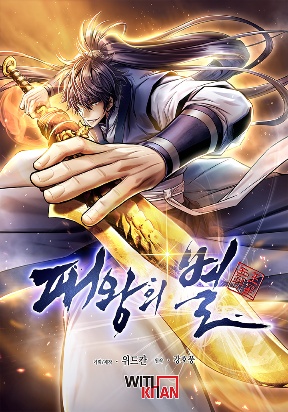 The mighty crimson star of the supreme ruler has appeared! The child who receives the energy of this star would grow to become the supreme leader and also become the legendary star that will rule over the world! Cheon Ryuyeong, someone who grew from a lowly position to the highest position! “I don’t know… just how much more I’m capable of as well.” “It’s because I haven’t experienced my own limits before.” Baek Yoonhoe, who tries to become the supreme ruler at all means! “The only place for me is Murim anyway.” “Since I’m going to be in Murim, it’s not a bad idea for me to become the supreme ruler.” Dok Goseol, an unrivaled female martial master who’s both beautiful and strong! “There’s no rule that the owner of the Supreme Ruler Castle has to be a man.” “Therefore, I have a chance at it too.” Poongwoon, who has a suspicious past and unknown martial art capabilities! “No one knows.” “The strength of the martial arts that are hidden in me.” There can only be one Supreme Ruler! The intense aspirations and love that takes place while fighting for that one position and numerous last-minute schemes and betrayals. Who will become the owner of the Supreme Ruler’s Castle? The story of those people who will bring turbulence into the world is about to start.