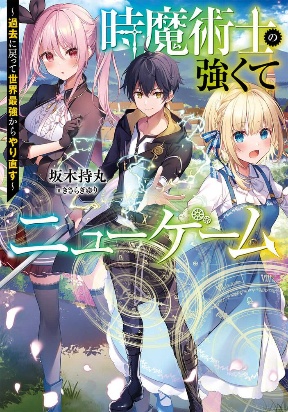 The Time Mage’s Strong New Game ～I Returned to the Past To Rewrite It as the World’s Strongest is a Manga/Manhwa/Manhua in (English/Raw) language, Action series, english chapters have been translated and you can read them here. You are reading chapters on ManhwaZ fastest updating comic site. The Summary is

After 100 years of hard work, the hero, chrome, has become the world’s only Chronomancer. However, by the time he became the world’s strongest, all the people and towns he wanted to protect were lost. And so the course he chose… is to go back to his childhood and start his life all over again…?! This is the ultimate story of time-lapse fantasy!