The Tyrant's Guardian Is an Evil Witch 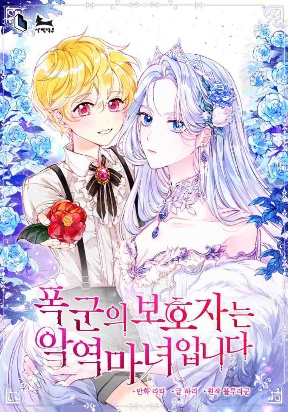 I seem to have reincarnated in the world of an r-rated romance fantasy novel. And not just as an ordinary character, but as the witch who loses her life to the crazy male lead!

Luckily there is a long 200 years until the main characters are born and grow into their roles.

Now that my life is not in imminent danger, shall we leisurely think of ways to avoid death?

However, I had not taken notice of a very important detail about the time I’d be spending ‘safe from imminent danger’. 200 years was by no means a short waiting period and by the time the younger version of the male lead appeared in front of me , I had completely forgotten the original novel’s plot!

Oh, whatever, now that it’s come to this, the only way to survive is to raise the male lead into a sane and stable adult! The first step to avoiding death by the hands of the tyrant male lead is changing this extremely frightened child’s life.

“It must be very inconvenient for you to have me suddenly show up on your doorstep, I’m sorry. You can tell me to go away, I’ll be fine.”

“Nonsense. Do I look like someone who could be inconvenienced by a little boy like you? Also, what do you mean by you’ll be fine even if told to go away? It’s not like you have anywhere to go back to, kid.”

The little boy burst into tears.

‘Oh, this is so not it.’ Was what the witch thought to herself as the little boy sobbed.