The ultimate weapon of the Kingdom, he went to the Kinght Academy as an inferior student 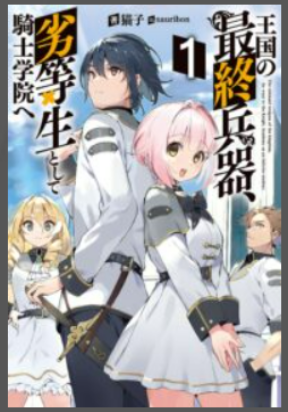 The inferior student is the strongest in the academy!! The kingdom’s strongest weapon is longing for his “Youth”!? Being a “knight” means The world acknowledges your lineage and talent. A young man named Ain enrolled in the Knight academy in the capital, But because he came from the church orphanage he got placed in the lowest class, ( E class) or what people call (Inferior class). And so while being ridiculed by the aristocrats and honor students, Ain starts his school life…..however, everything is just a cover, Ain or (Nameless No.1) is one of the (Phantom knights), The strongest weapon of the kingdom created by the darkside of the church. While the principal who has been told his identity is being troubled, Ain is leading the (Inferior class). His goal in the knight’s academy is “Making friends”!?. A thrilling fantasy of the strongest young knight who out of touch with the world overthrows the aristocrats.