The World of Summoning 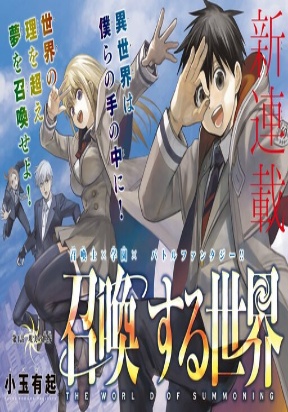 A brand-new series from the creator of Blood Lad! When creatures, items, and even space itself can be summoned from other worlds, no one should want for anything…right? Tokoyo, a boy who was abandoned to live with the Summoned in the Fantasy District aims to become a summoner to help all his Summoned friends. When he arrives in Tokyo to attend the Summoning Academy, he’s told he’ll never make it by the first summoner he meets! Tokoyo realizes he has a lot left to learn…and finds a new dream: to become the bridge between humanity and the Summoned!