There Is a Lie in My Contract Marriage 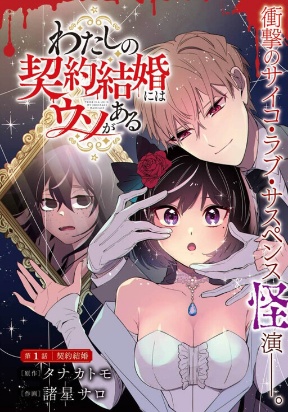 If you're going to die anyway, let's get married. A Psycho Romantic Mystery. Yoko Moji, a woman who suffers from the triple pain of being ugly, having no money, and having no job, fails an interview, gets lost on the road, and jumps from a pedestrian bridge to commit suicide. But a perfect, handsome man named Kirihara Kan who was passing by decides to help her. Next, she receives a light speed proposal: "If you're going to die, just marry me." and asks for cosmetic surgery as a condition for marriage. Thus Yoko got a happy marriage without any inconvenience, but a "secret" was hidden in her new face. What's behind this cosmetic marriage?!?