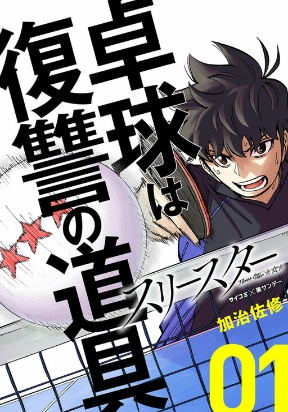 Three Stars is a Manga/Manhwa/Manhua in (English/Raw) language, SPORTS series, english chapters have been translated and you can read them here. You are reading Three Stars chapters on viptoon.net, fastest updating comic site. The Summary is

“For me, table tennis has become a tool of revenge.” Tsukasa Hidaka, who is completely oblivious to the expectations of his parents, is absorbed in table tennis. However, that expectation eventually became oppressive, and my father became a poison parent. Tsukasa bears pressure and continues to play table tennis. The last tournament for elementary school students. Fatigue accumulated due to severe training explodes and injures the left foot. Still, my mother was furious with my father trying to keep playing table tennis. The path my father chose was divorce. To his father who is still dominated by table tennis, Tsukasa decided to take revenge on table tennis.