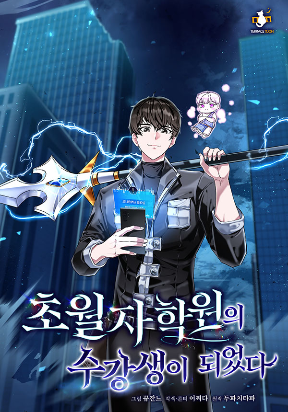 SeoJoon, who had been working to save in order to pay off his dead parents’ debt and to attend a hunter academy, ended up needing to spend all his savings for surgery due to an unfortunate accident. In his moment of despair, a weird ad played. [You can also become an awakener!] He decided to register since he had nothing else to lose. [Mr. Kim SeoJoon, welcome to Transcension Academy.] This hunter academy is on a different ‘dimension’ than other hunter academies! In the age of private hunter education, you can also become a ‘transcended’!