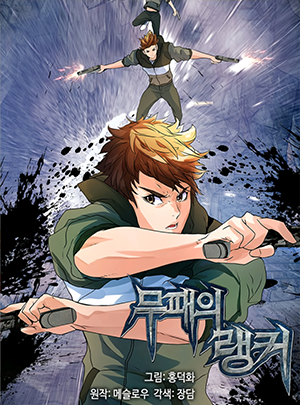 32 years ago—judgement day. Humans were driven to the brink of extinction by the sudden appearance of monsters. However, with the appearance of supernatural powers and the awakening of abilities, the battle went into its next phase. After a fierce battle, the lost lands were reclaimed. The surviving monsters formed dungeons all over the world and threatened humanity. In order to prevent a tragedy like this from happening again, Cannes Inc. developed a virtual reality game called Lost City and began nurturing hunters. Ranker Jinsoo Kwon has never been defeated in Lost City. He became a hunter for his sister Kwon Soo-ah, and he conquers the dungeons with Apple, who appeared with his unique ability. Then, finally, he meets Kenneth, who he has been looking for for a long time, and hears about the secrets hidden in this world... There is no defeat for me! I will not forgive anyone who harms my family! Volume 1