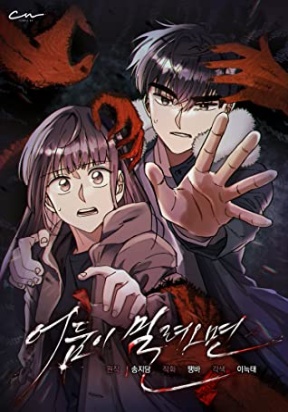 “This school is dangerous.” It is a land which is uninhabitable. It is a land where the dead cannot exit, and it is a land where they gather. There, an independent high school is built. It is a place where the living and the dead intermingle, and it is where Eunbi, who is given the fate of a psychic, is admitted into. “Don’t be scared. No matter what happens, I’ll definitely send you home, somehow.” Eunbi listens to the stories of the dead and solves cases whilst wandering on the path of ghosts hidden in the school with Seonwoo, who she met by chance before entering the school. It’s too late when Jamin High School’s secret is revealed… “Ah, I forgot to tell you. This is a two-story building. If you ever see a staircase leading to the third floor, don’t ever go up.”