When I Quit Being A Wicked Mother-in-law, Everyone Became Obsessed With Me 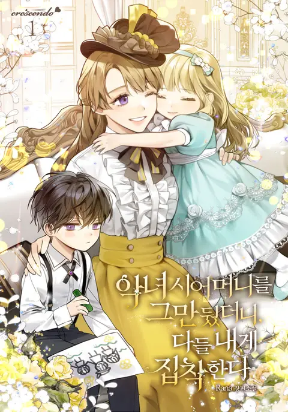 A wicked woman who is feared by her husband and her son. A mother-in-law who is abandoned by her family after tormenting the female lead. That was me. So I brought my young daughter-in-law who was abused and raised her. The only goal is to make the female lead take my side! If I succeed, can I avoid the cruel ending of the novel? … That’s what I thought. “Mother, the weather is good. Could you please take a walk with me?”. “Mother, I baked cookies myself. Try a bite.”. “Mother, mother….” My young daughter-in-law always follows me around, leaving behind the boy who will become her future husband? “Mom, I like Lily, but I like you better.”. My son, who was scared of me, whispered with a shy face. “Madam, how long are we going to use separate rooms?”. My husband, who was always cold, looked at me with honey dripping eyes. ……Why is everyone acting towards me in such a way all of a sudden?