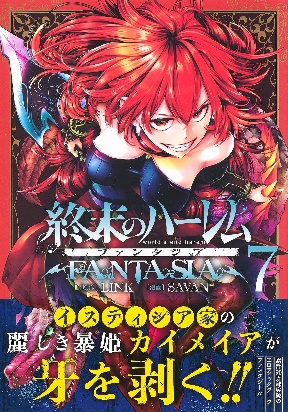 Worthless Regression Average 3 / 5 out of 12

Ark is the next heir to the noble branch family, Nagara. Even so, he’s constantly mocked for being weak in battles, and the girl he loves, Aurelia, is to be married to the Crown Prince.Unable to bear his weak self, he proposes to Aurelia that they run away together. But even as Ark attempts to change his fate, the cogs are already in motion for a demonic end ofthe world, and he may be the hero that can rise up...along with his harem of beautiful women!