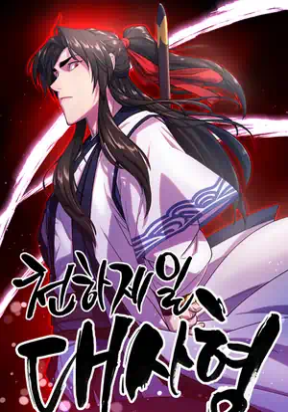 World’s Greatest Senior Disciple is a Manga/Manhwa/Manhua in (English/Raw) language, martial arts series, english chapters have been translated and you can read them here. You are reading chapters on ManhwaZ fastest updating comic site. The Summary is

A senior disciple from a countryside martial academy returns as the world’s best! Dragged into a brutal political war, senior disciple ‘Hyeok Musang’ didn’t return after the bloody war ended. No one knew whether he was still alive for 5 years. Upon barely returning to his hometown, he found his Dragon Tiger Martial Academy being persecuted and destroyed by a third-rate gang. He thought he could live peacefully with his fellow members after winning the war but seeing the miserable state of his master and fellow disciples, he was filled with anger and guilt. With the return of the senior disciple, everyone thought things would get better but only for a moment. Things were still happening in his hometown of Yangzhou County. Was the war really over? The head disciple raises his sword against the dangers threatening his Dragon Tiger Martial Academy.