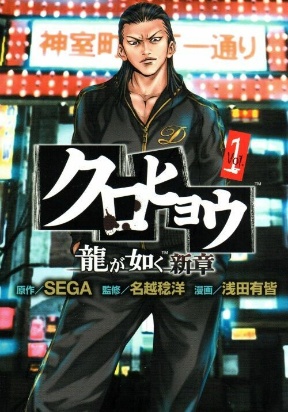 Tatsuya Ukyo is an aimless youth on the streets of Kamurocho who is framed for an assault that left a young boy comatose. He drops out of high school during his second year and lives a hoodlum's life with Tenma (his only friend) and Saeko, his sister who raised him for nine years after their mother's death. Hearing about a large sum of money held by a loan shark, Tatsuya and several other hoodlums break-in at night. Tatsuya defeats Naoki, not knowing he killed him. After Toda's death, Tatsuya receives an ultimatum from a member of his gang: win ten consecutive fights or be arrested. Tatsuya agrees, and as he fights underground he bonds with trainer Kudoh Saki and physician Amamiya Taizan. Based on the PSP game.