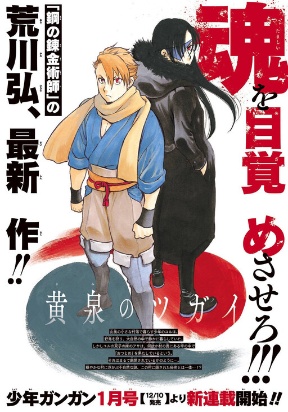 Yomi no Tsugai is a Manga/Manhwa/Manhua in (English/Raw) language, GORE series is written by Updating. You are reading Yomi no Tsugai chapters on www.manga-raw.club, fastest updating comic site. The Summary is

The manga centers on Yuru, a boy who lives in a remote mountain village, spending his time hunting birds and being one with nature. But one day, Yuru's younger twin sister Asa is called to serve in the jail at the heart of the village, her duty also confining her there. Yuru slowly unravels the unnatural mystery hidden beneath his quiet village.