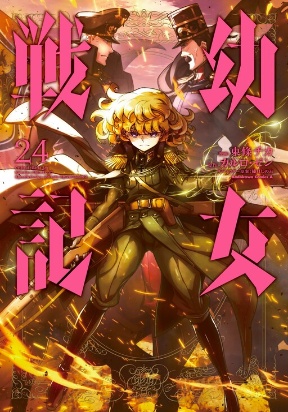 Youjo Senki is a Manga/Manhwa/Manhua in (English/Raw) language, Action series, english chapters have been translated and you can read them here. You are reading Youjo Senki chapters on ManhwaZ, fastest updating comic site. The Summary is

A young girl fights on the frontlines in war. She has blonde hair, blue eyes, and nearly transparent white skin as she flies through the air and mercilessly strikes down her enemies. Her name is Tanya Degurechaff and speaks with a young girl's lisp while she commands the army. Tanya used to be one of Japan's elite office workers, but because of a wrathful god was reborn as a little girl. Prioritizing optimization and career advancement above all, she will become the most dangerous entity among the Imperial Army's sorcerers. Adapted from Light Novel of same name. Manga and Light Novel Licensed in English by Yen Press as "The Saga Of Tanya The Evil."