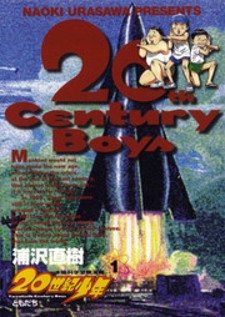 Worthless Regression Average 2 / 5 out of 7

From here: Growing older is pretty rough and Kenji is finding out just how hard it can be as life starts wearing down on him. On top of trying to make ends meet running a convenience store, he has to care for the niece that his missing sister left in his care. Memories of youth make it easier, until those memories come back to haunt you. Kenji and his old friends are slowly being drawn into a mysterious conspiracy that could threaten the world. Who is the mysterious "friend", and how does he tie into Kenji's youth? Why are there disappearances and deaths tied into Ochanomizu University? The friend's memories hold the keys to the puzzle, but years between cloud the clues. The strange occurances and the reach of the "friend" conspiracy grow by the day. It will all culminate on New Year's Eve 2000. Will Kenji and the rest of the group be able to put together the puzzle and save the world? Note: The last two volumes of the story were serialized under the name 21st Century Boys and are not included here.