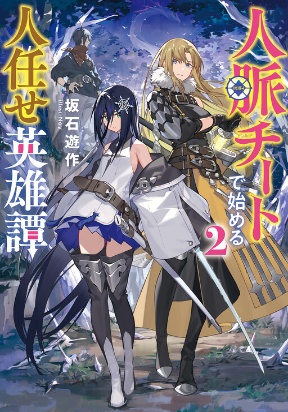 The hero and weapon are the strongest connections! An exhilarating fantasy that lurks from the back of the world! Ned, a young man who has been behind many of the world's greatest achievements, using a weapon known as human networking. One day, however, he is judged by the selfish king to be a liability and expelled from the heroic party. Ned decides to start as an adventurer from scratch. But his life as an adventurer is naturally out of the ordinary, as he is adored and connected with everyone from the leader of the knights to the princess of the mermaid tribe... 'Can I get help from the Wisdom King and the Great Sage to find this person?' Meanwhile, the King is coming to a realization. The heroes' party was full of capable, but incredibly problematic children, and that it was Ned that controlled them.. Thus opens a new story of a hero who changes the world from behind the scenes with his motto of "using connections".