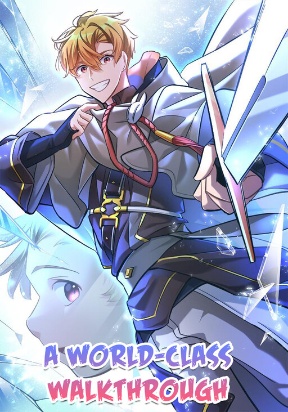 A World-Class Walkthrough is a Manga/Manhwa/Manhua in (English/Raw) language, ACTION series, english chapters have been translated and you can read them here. You are reading chapters on ManhwaZ fastest updating comic site. The Summary is

The main character, Kim Kyung-Sam, is an orphan preparing for the civil service exam while working part-time at a convenience store. While immersed in the game ‘God Forsaken World’ and playing the scenario of ‘Gilosan Ello D’ Baltic’, the fallen Third Prince of The Empire, without realizing it, he is transmigrated into that character. The worst part is that at the time it happened, the fallen Third Prince, better known as ‘The Pig Prince’, has been kidnapped and is on the verge of execution…! We will see how Kyung-Sam uses his knowledge of the game to overcome various cris