After being deported from the country, I became the 4th enchanter in the world 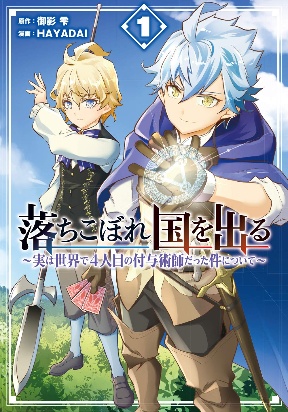 Having lived a useless 30 years of his life, the main character (Saito Jinkuro) is hit by a truck. When he wakes up, he enters the body of "Dzink Norland", the 14-year-old son of an aristocrat who served as his Highness' escort. But due to the lack of skills with a spear, which were inherent in all members of his family, and terrible behavior, he was kicked out of the guard post, and then completely deported from the country... In addition to these problems, a window pops up before the eyes of the protagonist with information about "Elsa", his nanny. Another world, deportation from the country and windows like in video games? What will the main character do?